The Jaguar in Maya mythology

Great importance goes to the jaguar in maya mythology. Along with the black panther they are linked to several mythologies worldwide. They are known to represent owning tremendous inner power, being free of social restrictions. Ahau Rulers of Yucatán would be incomplete without the Jaguar symbol!

Maya people, alongside Aztecs and Incas, cherished deep respect and devotion to the jaguar. To them, the animal was an ultimate symbol of bravery. Fierce, swift and ferocious, the perfect icon for a warrior and hunter they strived to become.

A military unit called Jaguar Soldiers was notorious for its elite fighters, purposefully choosing the jaguar for its prestige symbol.

The contemporary priests allowed to guide the most important religious ceremonies were given “Balam” to their names, after Ek Balam, the Jaguar God. 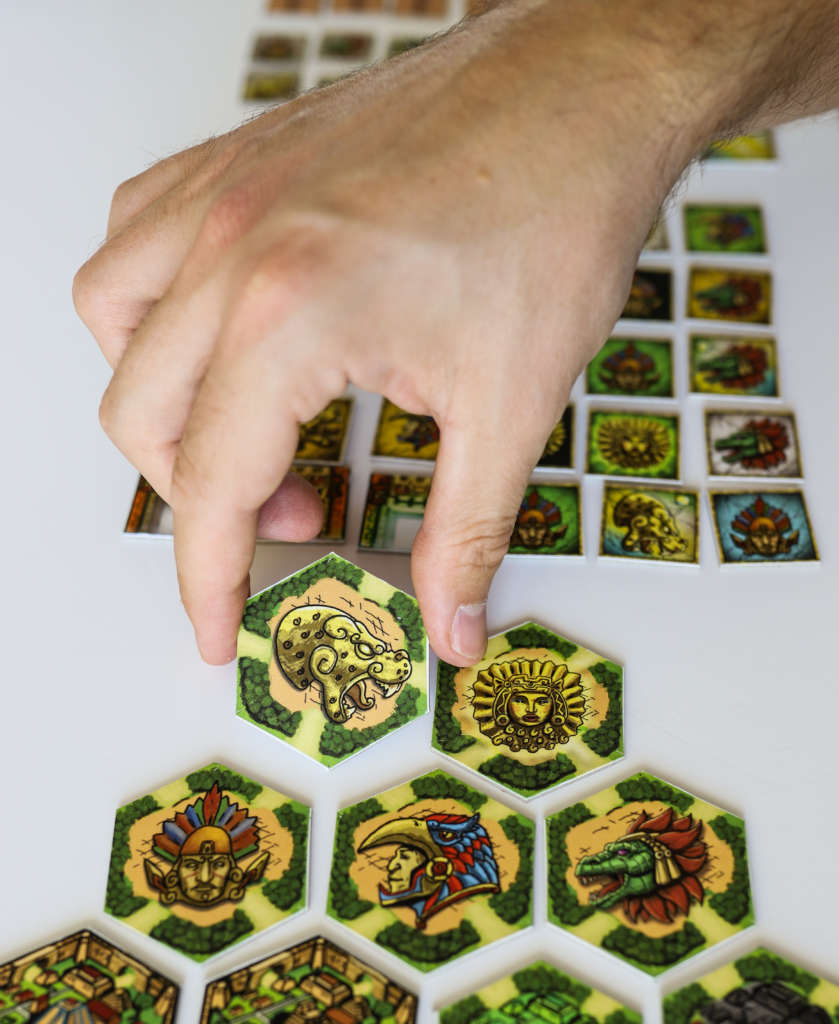 In Ahau, the boardgame, you can invoke the Jaguar God powers to become an influential ruler.

Being connected with warfare, the Jaguar God’s power are quite complex. From moving your workers in neighbouring cities and activating your own workers through inactivating your opponent’s workers. This helps to set your feet in different cities, dominate them, and boost workers productivity. Meanwhile, you can also use this power to displace opponent’s workers which become weak or insignificant.