We mentioned last week that we are planning on bringing you a whole series of descriptions regarding the Maya deities in Ahau, the board game. In this week’s article, we would like you to meet Kinich Ahau, the Sun God itself! 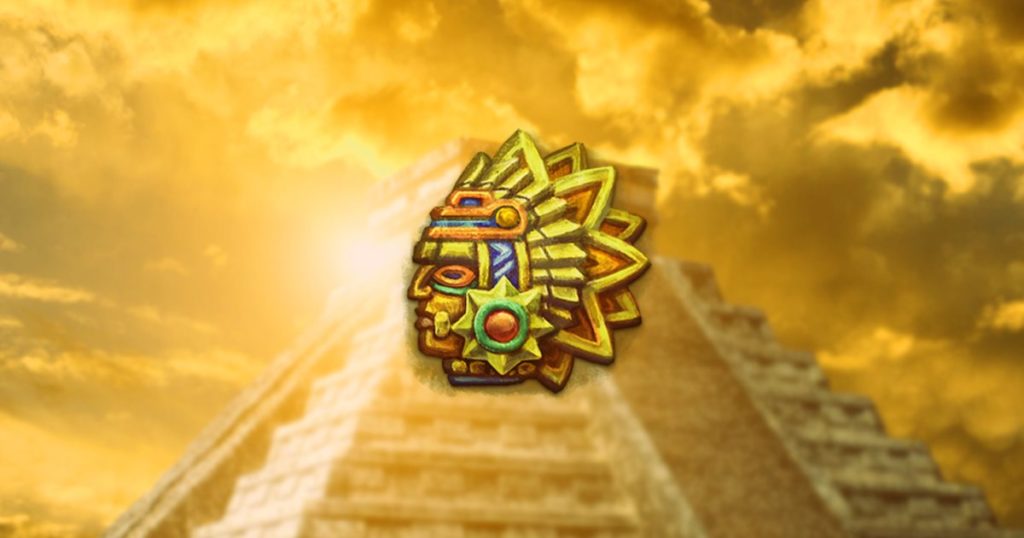 Kinich Ahau is the Yucatec name of the Sun God whom the Maya worshipped above all other deities. According to their beliefs, Kinich Ahau was responsible for the Sun rising and setting every day, and they believed that he visits them every noon, when the Sun is directly above them.

It might be interesting to note that the Sun plays an essential role in Maya mythology. They showed great interest in discovering the Sun’s “childhood” and the possible reasons behind its transformation to its current form. They wished to develop a deeper understanding of its existence.

In the Yucatec language, Kin means Sun, Ich means Face, and Ahau means ruler, lord, or even priest, so his name could be closely translated as the Sun faced Ruler. According to the Mayan descriptions, he had several distinguishing features, like his hooked nose, oddly shaped eyes, and curling beard. Occasionally, he was drawn with teeth of fangs even, which might be connected to the belief that he could turn into a jaguar at night when he disappeared from the sky. You probably remember the Jaguar God as known as the Night Sun from last week’s article – according to the ancient belief, it was Kinich Ahau’s “night form” after the sunset.

By summoning the Kinich Ahau in the game, your King becomes the Sun God protector of a city of your choice. The King’s presence will rejuvenate the people of the city and he will have the power to defend his people in the city he occupied – and in the neighbouring cities as well! You know, in a dangerous world like the ancient Maya realm, it might not hurt to have godlike powers and respect around you to protect your people from your opponents or the beasts lurking in the jungle!