The legend of Hunahpu and Xbalanque

Home/Ahau/The legend of Hunahpu and Xbalanque
Previous Next

The legend of Hunahpu and Xbalanque

Hunahpu and Xbalanque are known as the hero twins in Maya mythology. Due to their wit and bravery, they found their way out of the land of the dead and tricked the rulers on the underworld.

The boys father had a conflict with the lords of Xibalba. He lost the ball game the twins were invited to by the gods. When his offspring finally faced the lord of Xibalba, the gods tested them by sending the boys through a series of dangerous and frightening places; the House of Gloom, House of Knives, House of Cold, and the House of Jaguars. Each house hid a life-threatening challenge they had to survive to continue their journey. 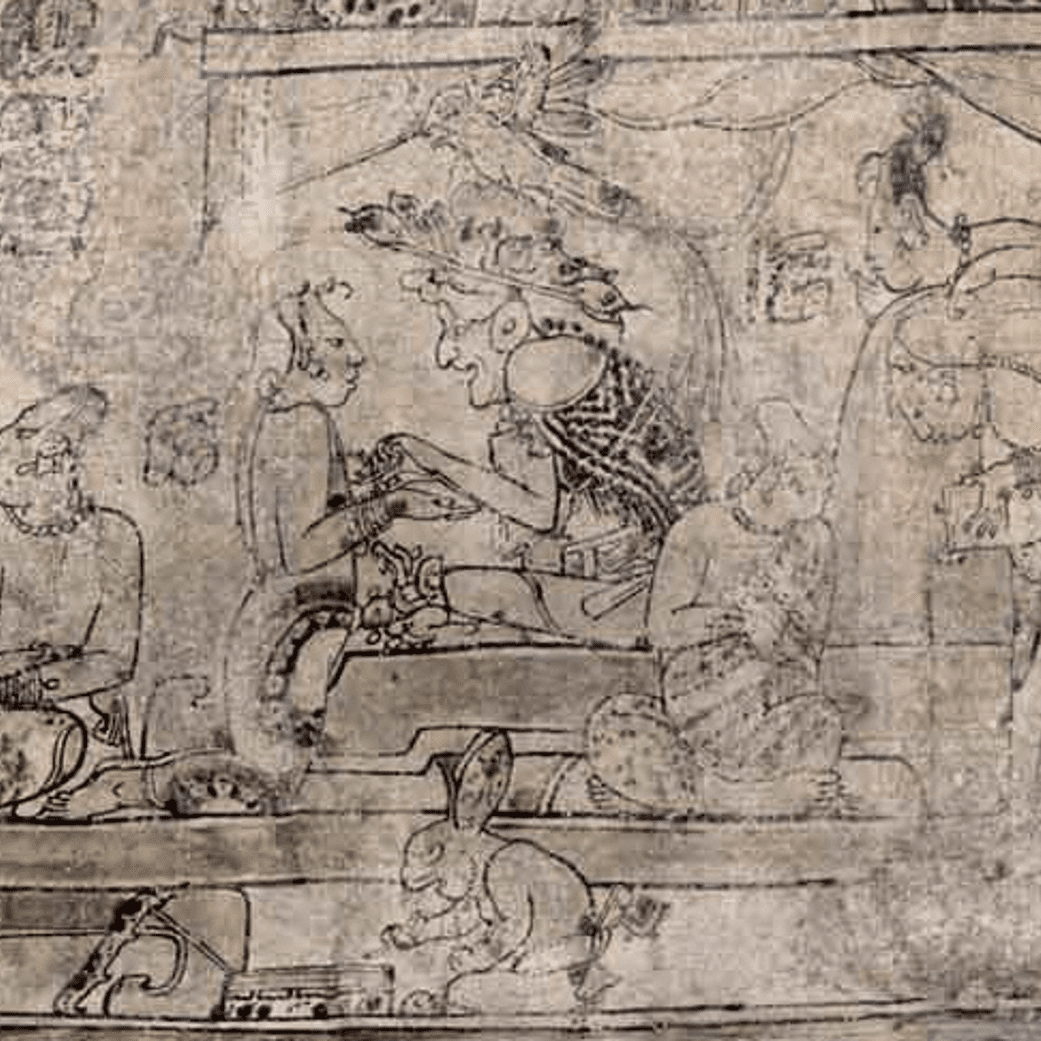 In the House of Bats, Hunahpú did not manage to get out in time and his head was cut off by a bat. Seeing this, the gods of the underworld decided to challenge the twin sons to play ball. The gods seemed to be distracted during the ball game by a rabbit near the ball court. This enabled Xbalanqúe to steal the head of his brother and put it back onto his neck. Together they were a strong team again and couldn’t be beaten.

Annoyed, the lord of Xibalba commended them to perform and entertain them. The twins decided to put up a show. Performing a play where they burned Hunaphu and revived his body. The gods found it very impressive and asked them to do the same on them. Seizing the chance, the twins agreed. After burning the lord of the underworld, they refused to revive the gods. Now that the underworld was cleansed and their father avenged, the two could enter the heavens.

The legend of Hunahpu and Xbalanque beautifully expresses the cultural importance of male descendants and the impact of the mesoamerican ball game in Maya culture.

APEIRON Games is an independent board game and media publisher. Our core mission is to create games that provide a deep, challenging, and immersive experience to players. When you pick up an Apeiron game, you will find inspiration and entertainment—richly detailed to share our love of world culture and history. Apeiron noun, apei·​ron, origin: Ancient Greek The unlimited, indeterminate, and indefinite abyss. The boundless origin from which all things are born.