There are a handful of important cities in Ahau, the boad game. Jaina Island is an archeological site where only a narrow channel separates the mainland and the east coast of the Yucatán Peninsula. Being surrounded by the ocean and several mangroves, this small island was artificially built by the ancient Maya. 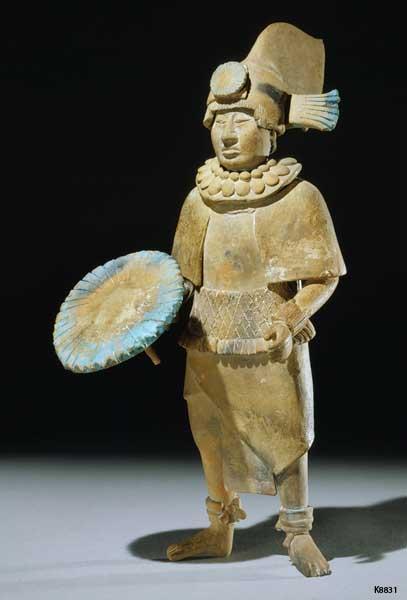 Today, Jaina is mostly known and admired for its richness in Maya ceramic figurines. The place served as a burial site and several pieces of art that were connected to burial ceremonies were found here; Pieces that helped tremendously to imagine how contemporary Maya art could look like.

The figurines that were found in almost every grave are strikingly similar to those found along with the site of Comalcalco. Interestingly, this area was important enough to have an emblem glyph, probably because the city eventually became a center of pilgrimages.