There are a handful of important cities in Ahau, the boad game. Find out more about them and decide which ones are the most essential to conquer for victory!

Uxmal is located in the Puuc region of the Yucatán Peninsula, and the city is considered one of the most significant representatives of Puuc architecture. Relatively standard features of this design are the smooth and low walls, trapezoidal shapes, and columns. The tallest and maybe most memorable piece of tradition in Uxmal is called the Pyramid of the Magician. More than one legend tells the story of this temple of great importance and all from a different approach. In one of these stories, Itzamna built the pyramid overnight with the help of his might and magical powers. 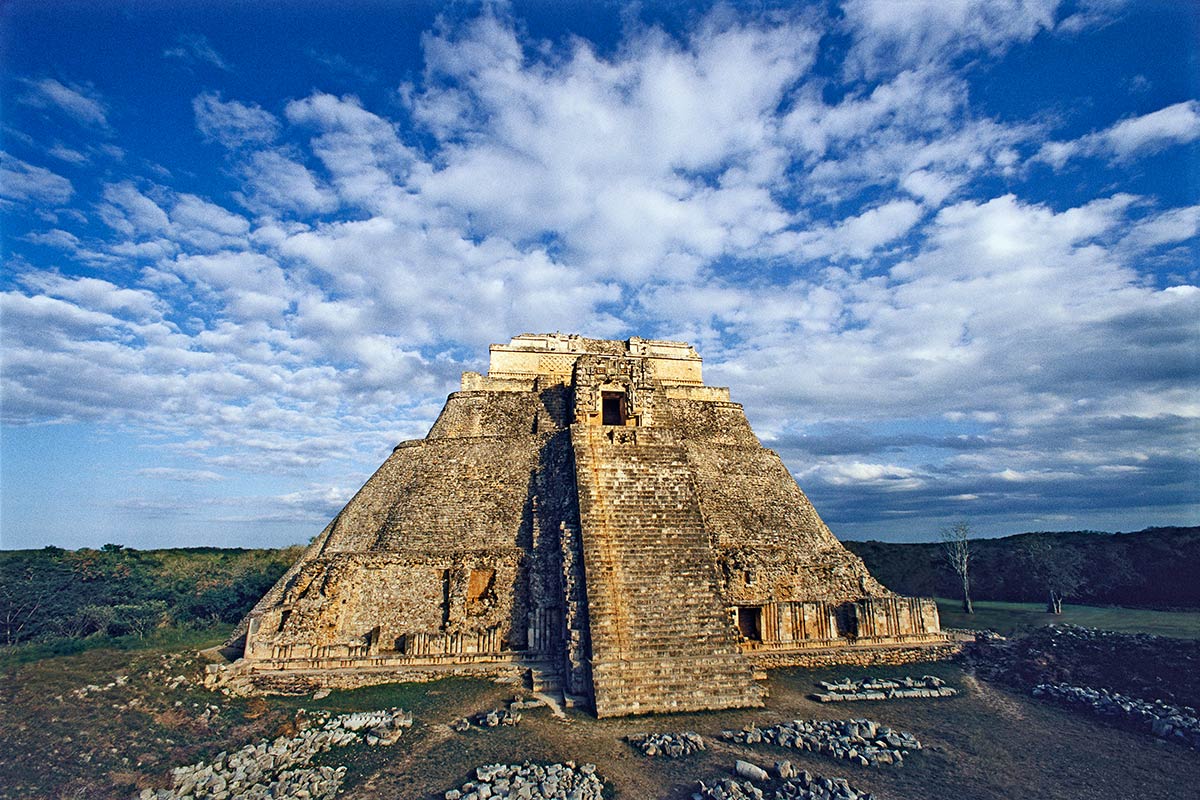 According to another tale, there was a childless woman who gave life to a small, baby-like creature by protecting and nursing an egg. She happily raised it as her own, and although the creature never grew taller than a dwarf, she encouraged him to become a great king. When the son was strong enough, he went to the House of the Governor and challenged the king to test their power. A long series of tests, challenges, and trials followed, in which the dwarf always succeeded. The king, enraged, ordered that the dwarf must raise the tallest building in the whole Uxmal. Otherwise, the king would have him executed.

This is how the Pyramid of the Magician is said to be built – overnight, by the hands of the dwarf and with the help of the witch.