Goddess Ixchel, Lady of the Rainbow

Ahau features five of the most prominent deities of Maya mythology, excluding Lady of the Rainbow. These are only those whom we could build into the gameplay effectively. There are numerous other gods and goddesses who deserve just as much representation. Let us launch our new series, introducing those deities whom you won’t meet in Ahau, but definitely should know about!

Lady of the Rainbow 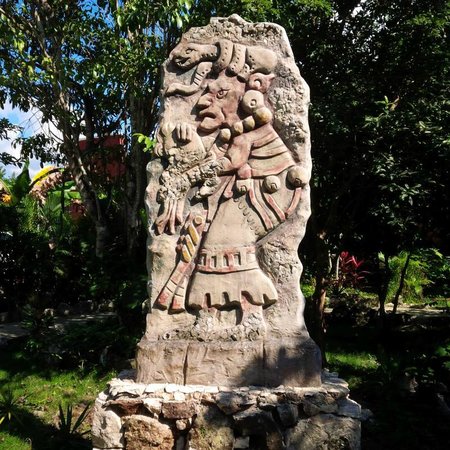 Goddess Ixchel is known by many names and titles. Lady of the Rainbow, Lady Earth, Lady Moon, Face of the Moon. These all belonged to the Mayan goddess of fertility, love, and healing. Similar to all other deities, she had several roles.

Her depiction is closely associated with the ever-changing moon phases, therefore representing the human life cycle. Ixchel was represented as a young woman. There are middle-aged and elderly depictions of her as well.

Last of all, according to recent studies and debates of Mayanists, the way we know her today may be incorrect. In summary, it is the combination of two different deities, Goddess I and Goddess O. So Goddess I is the figure that Mayanists actually associate with the youthful woman representing fertility and femininity.

As a result, she was often depicted in the company of a rabbits and actually appeared in the Dresden and the Madrid codex. In summary, she was the deity of marriage, love, and above all, human fertility.