Was music for everyone among the ancient Maya?

Since music is such an important part of each culture’s traditions, have you ever wondered about the music of the ancient Maya?

Just like in every civilization, making music and listening to music had great importance and various levels of complexity. Music played a crucial role in every ritual and ceremony on the ancient maya. We know from paintings and Spanish chronicles. It could be performed by children, adults, men, women, rich or poor. However, the instruments used were heavily divided between social classes.

The primary instruments used were drums, flutes, trumpets, and ocarinas. They often made musical instruments from modified bones and shells. Almost every  instrument was made from different materials; clay, wood, ceramic – depending on how lasting and affordable it needed to be. The importance behind the material of the instrument is the class difference itself. Certain instruments and materials were not available for the lower classes. Therefore they explicitly signaled the wealth of their owner. Specific education and knowledge in music were also a privilege of the higher class. 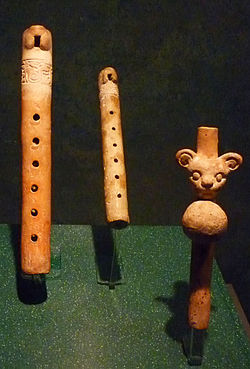 Despite this significant difference, music was a social activity. Its most important aspect was to express and perform religious intents, devotion to the gods, and to entertain those who listened. Playing in bands or even orchestras was the most common performance during festivities. Almost every occasion had its significant “background sound” that was considered to be fitting to the event. For example, ocarinas were usually used during burial rituals.

Listening to traditional, ancient maya music may enhance your Ahau – Rulers of Yucatán play experience too!